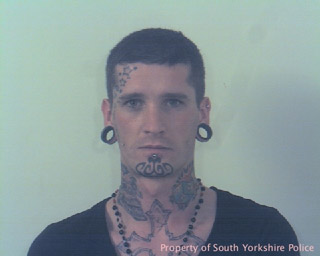 A BARNSLEY man has been jailed for 15 years after being found guilty of raping a girl under the age of 10.

Dale Gavin Smith, 35, of Wombwell, appeared before Sheffield Crown Court on Friday (December 2) to be sentenced.

He was jailed for 15 years with a one-year extended license, as well as being handed a Sexual Harm Prevention Order (SHPO) and being placed on the Sex Offenders Register.

The jury heard how Smith abused his victim, who cannot be named for legal reasons, over nine months in Barnsley while the child was under ten-years-old.

Detective Inspector Gary Askew from Barnsley said: “This brave victim, who is now a young woman, came forward to police to report the awful abuse she suffered as a young child at Smith’s hands.

“She has been incredibly courageous and has shown such strength through a police investigation and subsequent trial.

“Smith refused to accept responsibility for his crimes and this woman had to relive her abuse before a jury, who convicted Smith of multiple horrific offences.

“I hope this case illustrates that we will pursue offenders of this vile crime no matter when it happened – please, if you or someone else you know is suffering as a result of child abuse, come forward and talk to someone.”

Smith was on trial at Sheffield Crown Court last week charged with sexual offences against a second victim.

A jury found him not guilty of those charges.