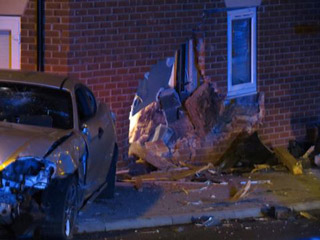 A MAN has been arrested on suspicion of drink and drug driving after a car crashed into a house in Barnsley following a police chase.

Police engaged in the chase around 11.45pm on Thursday, after the vehicle, a silver Hyundai Couple, failed to stop in Barnsley.

The car was then involved in a collision with a house on Pontefract Road, causing extensive damage.

Nobody inside the property was injured.

A 29-year-old man driving the Hyundai suffered minor injuries and was arrested on suspicion of dangerous driving, failing to stop, being unfit through drink or drugs and other offences.

He remains in custody being questioned by officers today (Friday 25 November).