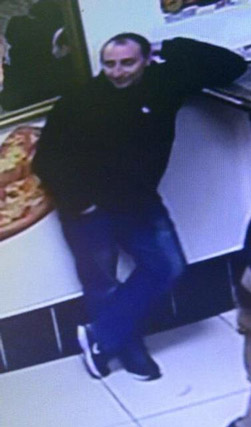 POLICE have released CCTV images of a man they want to speak to after an assault outside a Barnsley takeaway.

A 23-year-old man was reportedly assaulted by an unknown man outside the takeaway in Station Road, Wombwell. He suffered minor facial injuries as a result.

Police believe there was a brief argument in the takeaway prior to the alleged assault and are asking for anyone who was in the shop and who saw what happened to come forward.

Police believe the man pictured could hold important information about the incident, which happened between 1am and 2am on Saturday November 5.

Anyone with information should call 101 quoting incident number 133 of November 5 2016.

You can also pass information to Crimestoppers anonymously on 0800 555111.