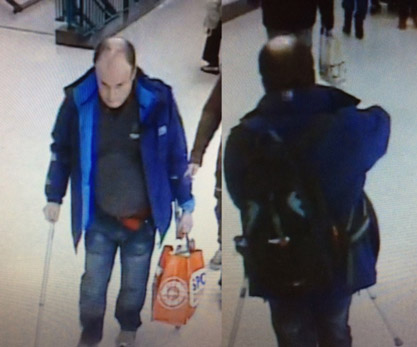 Steven has now been found.

POLICE growing increasingly concerned for a missing Barnsley man have released CCTV images of where he was last seen.

50-year-old Steven Jackson, was reported missing on Monday November 14, and was last seen at about 11.50am on Saturday November 12 in Sports Direct in the town centre.

Police believe he then continued shopping in the town centre for a while on the same day.

However since then, no one has seen or heard from him and both officers and his family are becoming increasingly concerned for his welfare.

PC Judd Read, said: “Steven often visits the countryside and we believe he may have travelled out of Barnsley, possibly to a more rural area.

“If you’ve seen him at all, or know where he is, please contact us so that we can make sure he is ok. As you can see in the CCTV images, we believe he is wearing a dark blue jacket, dark coloured jeans and is carrying a black rucksack. He is also using crutches and carrying a large red and white carrier bag.”