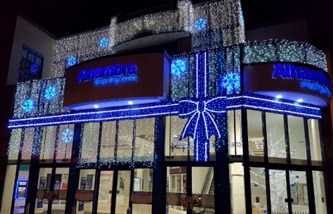 THE ALHAMBRA is giving some of its customers the chance to have their Christmas shopping paid for in the run up to Christmas.

Every Wednesday and Friday between 6pm-8pm from November 23 until December 16 (totalling eight nights), a member of the Alhambra management staff will be out in the Centre looking for a Christmas shopper.

Those who are spotted will have their shopping paid for there and then - but only if they're in the Centre between 6pm-8pm.

The Centre has also announced that parking will be free after 3pm throughout December.