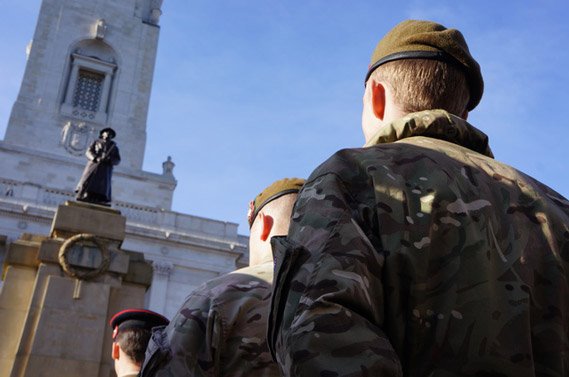 BARNSLEY Council has announced details of next week's remembrance events.

On Friday (November 11) the Mayor of Barnsley will lead a two-minute silence to mark Armistice Day at 11am.

The Mayor will be joined at the war memorial in front of the town hall by members of the Royal British Legion, representatives from service and veterans’ organisations and school children including all pupils of Summer Lane Primary.

After a bugler has marked the two-minute silence, the children will lay their own poppy wreaths in remembrance.

This year, all the students from Barnsley Sixth Form College will take part.

Then on Remembrance Sunday (November 13) at 11am, also at the war memorial, the Mayor will lead a service of remembrance.

It will start with the Mayor processing out of the town hall to observe a two-minute silence. She will be joined by the Lord-Lieutenant of South Yorkshire, Andrew Coombe, the Freemen and women of the borough, local MPs and other dignitaries.

After the laying of wreaths there will be a service to commemorate those who gave their lives during the First and Second World Wars.

The service will be led by Canon Reverend Stephen Race, parish priest for St Mary’s the Virgin Church.

At the conclusion of the service those taking part in the parade - representatives from service organisations including the Yorkshire Regiment, veterans, cadets, scouts and St John Ambulance Brigade - will take part in a march past the town hall with the Mayor and the Lord-Lieutenant taking the salute.

We will remember them.