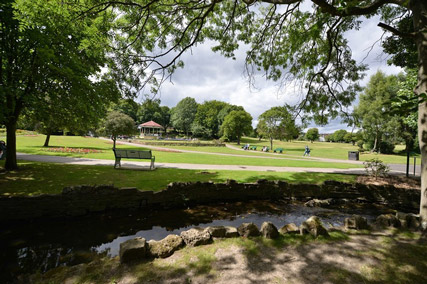 ELSECAR PARK is celebrating after being named as one of the country's favourite parks.

The park claimd the title of 'Nation's Favourite Park' along with ten other finalists from across the UK.

Elsecar Park retained the Green Flag earlier this year for the ninth time and was up against more than 1,700 other parks to pick up this latest award.

Coun Jenny Platts, Cabinet Spokesperson for Communities, said: “I’m thrilled that Elsecar Park has made it into the top ten to be crowned as one of the nation’s favourite parks - it’s an absolutely fantastic achievement.

“We’ve beaten off competition from almost 2,000 parks nationally which goes to show how much people in Barnsley and further afield treasure the park.”