Traders brace themselves for increase in stall rent 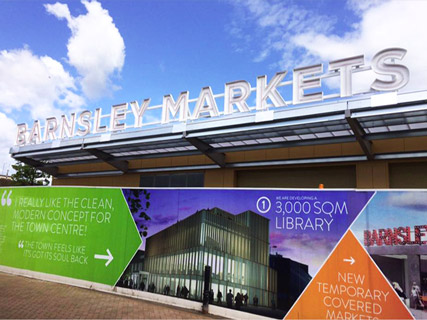 RENT for traders in the temporary May Day Green Market is set to double by April 2018.

Then, as part of a planned move for all market traders to the refurbished Metropolitan Centre in April 2018, May Day Green traders will move onto a tenancy agreement, costing them the equivalent of £20 a day - meaning rents will have doubled.

The Metropolitan Centre, which currently houses Market Hall traders, is set to be refurbished next year.

While the work is carried out, traders will move to the former semi-open market, moving from a tenancy agreement to a daily licence in the process.

The council says that will mean a lower rate for the majority of market hall traders. However, they too will then move onto the £20 a day tenancy agreement in 2018 as they move back into the Metropolitan Centre.

Coun Roy Miller, cabinet spokesman, said: “In addition to the changes of the rental structure, some traders in the current market hall who were signed on an old form of assignable tenancy agreement were eligible for compensation payments for surrendering their tenancy agreements back to the council.

“These payments have been paid to those traders this year and equate to either one or two times of the rateable value of their premises dependent on the length of time they have occupied it.

“Existing market hall traders who have held a tenancy over the full 12 month period from January 2016 will be eligible for a loyalty payment, calculated as a percentage of their rent paid over their tenancy, between January 2016 and January 2017, which they will receive as a lump sum at the end of that period.

“This loyalty payment will be the equivalent of a 15 per cent reduction in the annual rent for traders in the Market Hall and 20 per cent for those in the Meat and Fish Market and is in recognition of their relocation during the redevelopment and the nature of their goods.”