Locals hit out at damage to Doncaster Road park 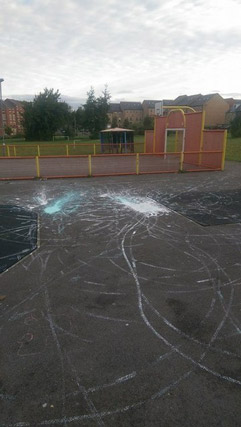 ANGRY LOCALS have hit out at vandals who have caused damage to Doncaster Road park, which has included the seating area being set on fire.

Fire crews were called to the play area last night after seating was set alight.

It follows damage earlier on in the week (pictured).

Jackie Williams, who visits the park with her grandkids told WAB: "It's disgusting. Have they got anything better to do with their time? It just ruins it for everybody.: