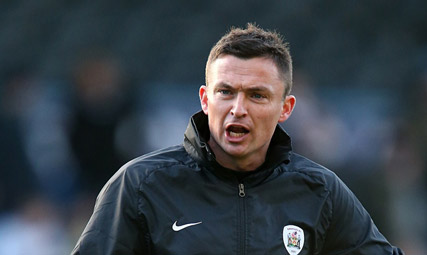 Heckingbottom to appear at Lamproom

BARNSLEY fans will have the opportunity to listen to Paul Heckingbottom speak about his career when he appears at the Lamproom this month.

Local lad Hecky will appear at the evening with style event, hosted by Matthew Murray.

Heckingbottom will speak to fans about his life story, from starting out as a trainee with Manchester United before a solid career in British football, which included a spell with Barnsley when he won promotion to the Championship with his hometown club.

Hecky led the Reds to the Johnstone Paint Trophy and League One play-off finals at Wembley last season, both of which Barnsley won.

Paul Heckingbottom in conversation with Matthew Murray is at The Lamproom on Wednesday 12 October at 7.30 p.m.