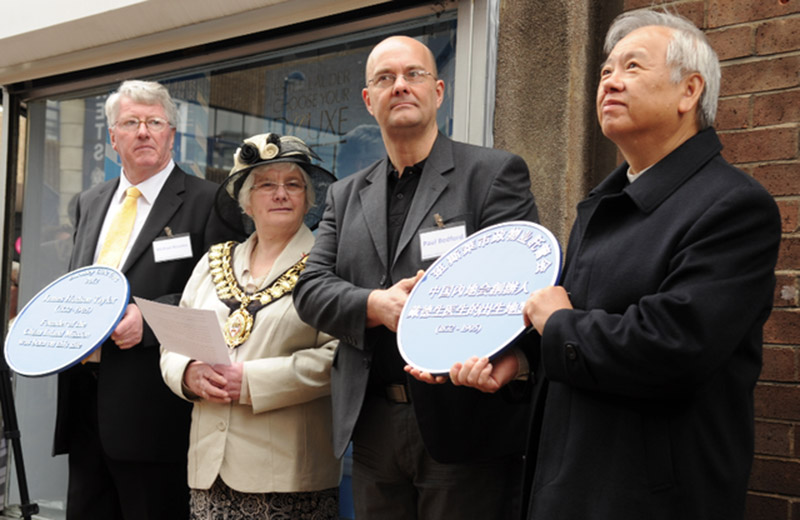 A CROWD crowd gathered to celebrate the life of missionary James Hudson Taylor on the 180th anniversary of his birth.

Two plaques - one in Chinese - were unveiled at Boots on Cheapside which stands on the site of his birthplace.

Hudson Taylor, the son of a chemist, was a 19th century missionary who founded the China Inland Mission. He is revered by millions of Chinese Christians and it is hoped thousands will visit the borough to see his birthplace and other sites linked to him and his family.

John Foster, chairman of the Barnsley Hudson Taylor Group, said: "The Chinese people are free to travel, free to worship Christianity and free to roam the world. We want them to roam to Barnsley and we want to say, 'welcome'."

He said it was a great day to remember a great man. "We love you Barnsley. Through one of you we came to know Jesus."