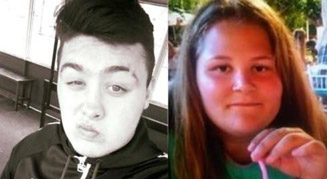 Natasha has now been found.

POLICE searching for missing 13-year-old Natasha Ford have issued a further appeal, after revealing she may be in Blackpool with a 17-year-old boy.

Natasha, who was last seen in the Spring Walk area of Wombwell at about 8pm last night (Wednesday August 31), is believed to be with 17-year-old Samuel Hancock.

Chief Inspector Mark James, said: “We believe Natasha and Samuel may be in Blackpool, around the South Beach area.

“It is possible they travelled there together by train and I would urge anyone who has seen or heard from them to contact us. If you’ve seen either of them, either last night or today, please get in touch with us via 101.”

Natasha is described as medium build with mousy brown, shoulder length hair. She is thought to be wearing skinny jeans and a bomber jacket. She is also wearing a necklace with hearts and gems on.

Samuel has short dark brown hair and is described as medium build. He may be wearing a black/dark grey jacket with white stripes down the length of the sleeves.

Anyone with further informarion should call 101 quoting incident number 1345 of 31 August 2016.