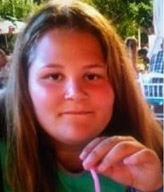 Have you seen missing Natasha?

Natasha has now been found.

POLICE are seaching for a missing 13-year-old girl from Barnsley.

Natasha left the Spring Walk area of Wombwell at about 8pm and has not been seen or heard from since.

Police are concerned for Natasha’s welfare and her family say it is extremely out of character for her not to come home.

Natasha is described as medium build with mousy brown, shoulder length hair. She is believed to be wearing skinny jeans and a bomber jacket, although the colour is not yet known. She is also wearing a necklace with hearts and gems on.

Officers would like to hear from anyone who has seen or heard from Natasha since last night. Natasha also has connections to the Hebden Bridge area and there is a possibility she may have travelled there.