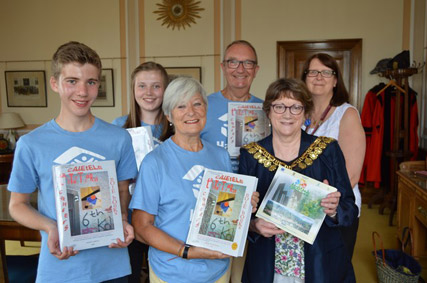 SELFLESS charity workers from Barnsley have returned from a two-week trip to Romania where they helped build houses in a poverty-stricken area.

Barnsley members of international charity Habitat for Humanity - which aims to tackle poverty housing - were welcomed to the town hall by Mayor Linda Burgess.

Gilroyd couole Barry and Janine Eldred lead the Barnsley team during the visit to the city of Moinesti.

Barry said: “Through Habitat for Humanity, Barnsley has sent a team to a developing country every year since 2004. We have strong links with Romania, in particular, as young people from the city of Moinesti have been to Barnsley in the past.”

Janine added: “Today in Romania, 40% of the country’s housing stock is in poor condition. We have built there before and this was an opportunity to take six young people as part of a team of 15 to experience working with Habitat for Humanity for the first time.”