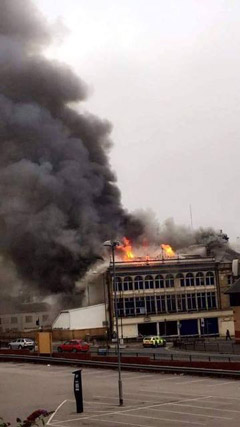 The building, on the corner of Pall Mall and New Street, caught fire on Thursday last week (August 18). The cause of the fire is not yet known.

The council says that after an on-site assessment this morning, the demoltion of the building is under consideration and is dependent on the outcome of a structural engineer's report.

A council spokesperson said: "A number of parties are in discussions including the building owner's insurance company, which is taking the lead on this matter."

The council has also confirmed that Westway will remain closed until further notice.