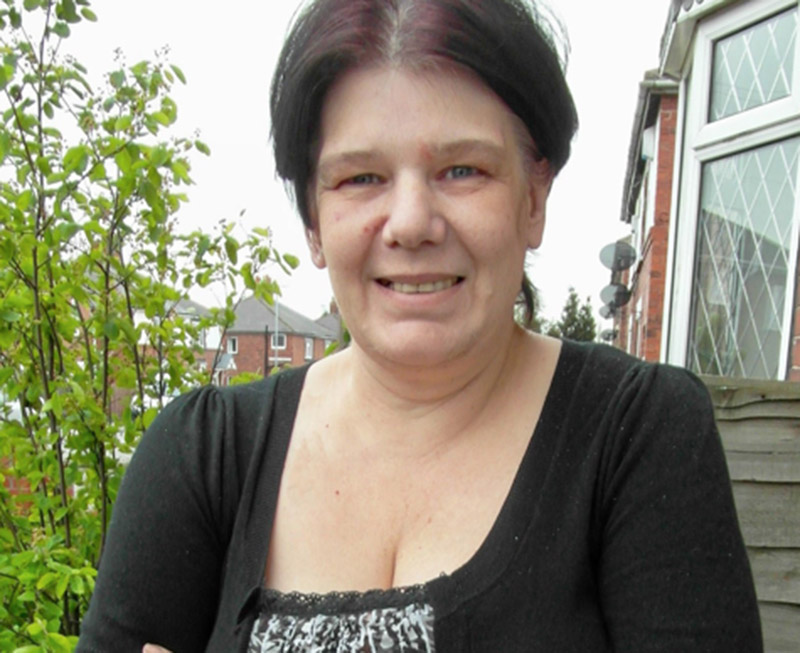 A BARNSLEY mum who was given just months to live after being diagnosed with terminal cancer is defying all odds and is still battling two years on.

Joanne Goldthorpe, 43, had emigrated to Australia and was told by doctors that she had only months to live after suffering an aggressive form of cervical cancer.

She decided to return to Barnsley - moving back to Park View, Royston with husband David, 48, and children Emily, 16, and Oliver, 14 - and says the support from Barnsley Hospice and other local oncology and palliative care services is the reason why she has survived two years on. She said: “I’ve accepted dying but I’ve wanted to do everything I can to fight the illness because I want my children to know that I haven’t given up. I was in a terrible state when I came back from Australia but everything that could be done for me has been done to make sure my life is the best it can be. I don’t think I would be here now if I’d stayed in Australia. “I’m just so grateful, particularly to the hospice. Unfortunately you only realise how important and valuable places like this are when you or someone you love needs them.” Joanne has had three stays in the hospice’s inpatient unit for pain and symptom management and also attends its Limes day centre each week.

Former nurse Joanne and her family left Barnsley in 2005 and settled in Wollongong, near Sydney.

She said: “It was meant to be a new life in Australia but things had gone badly wrong. It went very quickly from me having an 80 per cent chance of a cure to my cancer being terminal and I decided to come home. “I had struggled to access palliative care in Australia and, when I arrived in Barnsley last year, I was in constant pain, hardly able to walk and suffering from incontinence caused by the radiotherapy. “My treatment here couldn’t have been more different. I’ve now had surgery, which has sorted the incontinence, and my pain is managed although I do have to use a wheelchair when I go out. All being well, we’re hoping to go on holiday later this year as I want to make some nice memories for the kids.” Joanne has recently undergone further radiotherapy as the cancer has spread to three other parts of the body, including one of her lungs. Joanne’s daughter Emily, a pupil at St Michael’s High School in Carlton, is raising cash for the hospice by organising a bake sale at school and taking part in the hospice’s ‘Midnight Walk’.

The walk, which has a Hawaiian theme, starts at midnight on June 23 and there are two routes of five and ten miles. For more information about the walk and to register go to www.barnsleyhospicemidnightwalk.org