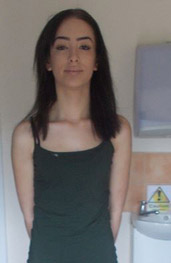 Have you seen missing Lily?

POLICE are searching for a missing 15-year-old girl from Barnsley.

Lily Lewis, who is described as about 5ft 10ins tall with brown/ginger hair, was reported missing at about 10am this morning (Wednesday July 27) when she left her home address in the Ardsley Road area of Worsbrough.

Police and Lily’s family are concerned for her welfare and would like to hear from anyone who has seen or heard from her since this morning.

Lily is wearing her hair half up and half down and is also wearing black leggings and a grey hooded top. She is of a slim build and has brown eyes.

Lily also has links to the Leicestershire area.