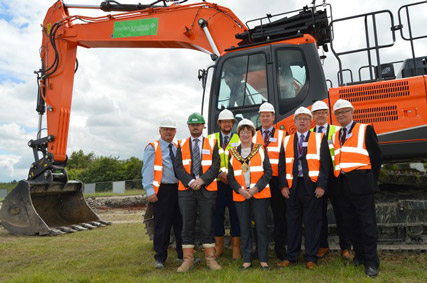 MAJOR roadworks that will help improve congestion around Junction 36 and Birdwell have begun.

An official ground breaking ceremony for the Major Road Infrastructure works scheme - which was attended by the Mayor - took place earlier today to mark the start of the work.

Barnsley Council says the £17m scheme, funded by the Sheffield City Region Investment fund, will see a major realignment of the road system around J36, including the construction of two new roundabouts and traffic signals.

A direct link from the motorway onto the local road network will also be put in place, which will reduce existing traffic congestion at the A61 Birdwell roundabout and cut down journey times.

The council also says the changes will open the gateway to future opportunities and support plans to grow the local economy.

The work is expected to last 78 weeks.