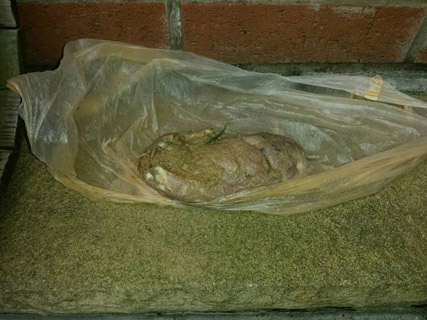 A LOCAL woman has urged dog owners to be vigilant after she had to stop her dog eating chicken found at a local lake - that was later found to be laced with rat poison.

Amy Pryce says she caught her dog eating the chicken at Manvers Lake, but managed to make him spit it out before he swallowed it.

Amy says the chicken was found found near the volley ball nets around the back of the lake.

She said: "We caught our dog trying to eat the chicken.

"Luckily we caught him and made him spit it out before he swallowed it.

"There are some awful people about."