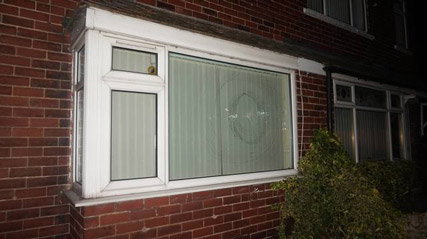 POLICE are appealing for information after a house window in Wombwell was smashed by vandals - for a THIRD time.

Police were called at around 3.10am on Tuesday, July 12, to reports vandals had thrown something towards the windows of a house in Wilson Street, Wombwell.

The item smashed a downstairs window, causing damage. Nobody was injured during the incident.

The homeowner says the window has now been targeted on three seperate occasions.

Anyone with further information should call 101 quoting incident number 100 of 12 July 2016.