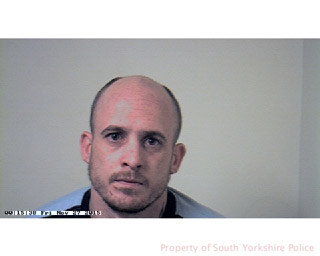 A MAN and a teenage boy have been jailed for a combined total of over 18 years after robbing and assaulting a vulnerable disabled woman in Wombwell last year.

Tony Andrew Nuttall, 29, was sentenced to 14 years behind bars after a jury found him guilty of robbery and handling stolen goods in May this year.

A 16-year-old boy, who cannot be named for legal reasons, was also sentenced. He was charged alongside Nuttall with robbery, burglary and fraud.

The teen entered guilty pleas at an earlier hearing and was sentenced to four years and eight months in prison.

On Monday, November 23, 2015, police were called to an address in Summer Lane, Wombwell, following reports a group had broken into the property and stolen a number of items including a chequebook and handbags.

Three days later, they went back to the same house where they threatened and assaulted the resident, a disabled 63-year-old woman, in the middle of the night. The group made off with a large number of valuables and sentimental items.

Detective constable, Oliver Williams from Barnsley, said: “Burglary is an intrusive and scary crime for victims to experience, but in this case Nuttall and others went back to the same property a second time and subjected our victim – a vulnerable woman – to a violent assault."