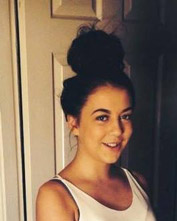 Have you seen missing Megan?

UPDATE: Megan has been found safe and well. Thank you for all your shares.

POLICE are searching for a missing 13-year-old girl who has contacts in Barnsley.

Megan is described as a white female, around 5" tall, with medium length brown hair. She was wearing blue jeans and a black jacket.

Although she's from Wakefield, Megan is also known to have contacts in Barnsley.

Detective Inspector Dan Tillett of Wakefield CID said,"I would appeal to anyone who has seen or heard from Megan since yesterday afternoon, or who knows where she is now to get in touch. It is out of character for Megan to go missing and we are concerned for her safety. I would appeal directly to Megan to get in touch with police to let us know that she is okay."

Anyone with information is asked to contact Wakefield CID via 101, quoting 1856 of July 7.