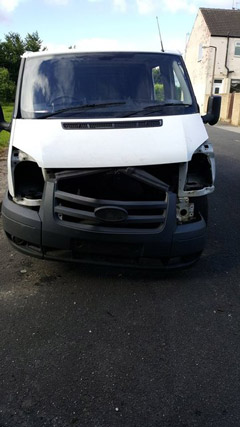 POLICE have released images of a van that was stolen from Barnsley before being stripped of its parts and dumped in Rotherham, as they continue to hunt for the culprits.

The transit van was stolen from Worsbrough, and found dumped near Talbot Road, Swinton, on Tuesday (July 4).

It had been stripped of its engine, transmission, lights, seats, dashboard, side door and other internal panels.

South Yorkshire Police said a number of vehicle parts have been found dumped in areas over recent weeks.

Anyone with information on those involved should call South Yorkshire Police on 101.