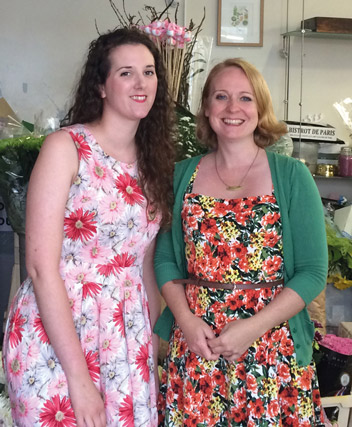 Mums team up to battle 'negativity' of EU referendum

TWO BARNSLEY mums have teamed up for a 'love in' to combat what they describe as negativity caused by the EU referendum.

Kate Raynor, 32, from Highfield Cottages, Silkstone, and Steph Cronin, 39, from Park Street, say they both have concerns about the growing negative feeling in Barnsley since last week's vote.

They say the referendum has made people scared to reveal their political views, or even walk the streets for fear of abuse.

So, inspired by their children Sophie, 9, and Amber, 5, the friends have created 'The Love and Unity Project', which will try and 'bring the town back together.'

The project - which will launch in the Lord Mayors Parade on Saturday, July 9 - will feature face painting, balloons, lollies and even free hugs.

Steph said: "Everyone is invited to come along for a free hug, balloons, lollies and face paint. There will also be a jar in which people are invited to write positive messages that we will share."

Kate said: "We don't care what you voted or where you're from, let's bring Barnsley together."

The ladies are raising money to help run the event at https://crowdfunding.justgiving.com/unitebarnsleywithlove

If you’d like to join in or volunteer to help, the team will be in the parade ground from 11am and outside Sports Direct from 1pm.