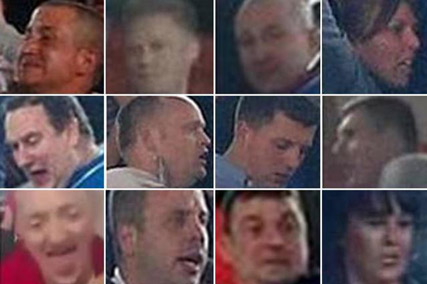 POLICE have released images of the fans they want to speak to after the violence between Millwall and Barnsley supporters at Wembley.

Criminal damage was caused to seating at the stadium as the trouble broke out during Barnsley's 3-1 win.

The debris was then used by fans as missiles.

The suspects are a mixture of supporters from both teams.

Anyone with information should call the Metropolitan Police Public Order Branch by dialing 101 or Crimestoppers anonymously on 0800 555 111.