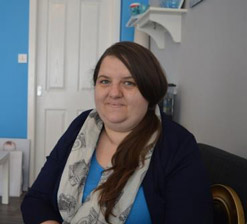 A BARNSLEY woman has urged local women to attend cervical screenings after abnormal cells were found through her routine appointment.

Adele Haywood attended her first screening when she turned 25.

Despite having no signs or symptoms, the screening detected abnormal cells of the cervix which required treatment before they potentially progressed into cancer.

Adele said: “I was worried when I received my results showing that abnormal cells had been picked up. However I was reassured by the fact that the cells were precancerous and that they could be treated before they became cancerous.

"The screening process isn’t scary as some people think it is. It only takes five minutes and for me it meant that I could be treated."

"Cervical screening is not a test for cancer, but a way of detecting any abnormal cells in the cervix that could develop into cancer, allowing for a better chance of successful treatment."