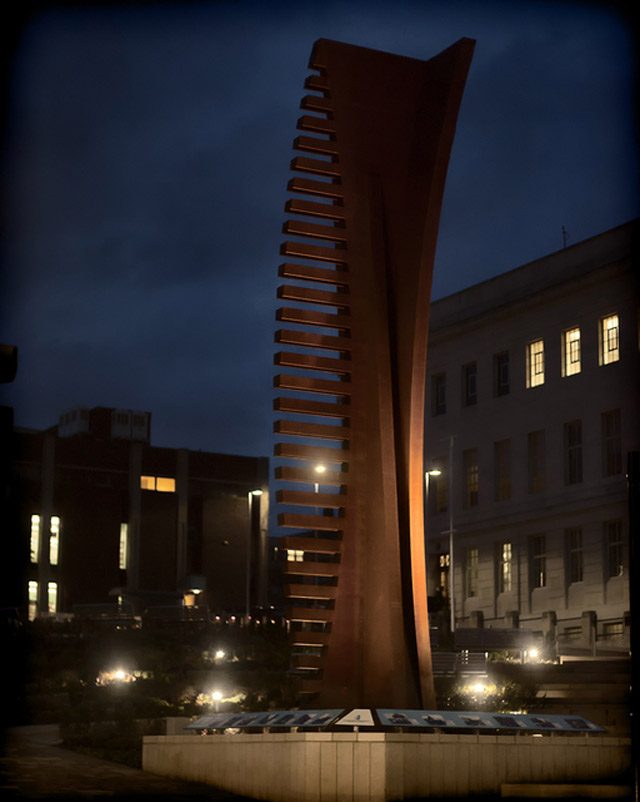 THE COUNCIL says that anyone caught climbing the sculpture outside Barnsley Town Hall could face legal action.

Earlier this month, a video was posted to social media showing a man climbing the 33 ft artwork in the town centre.

Coun Jenny Platts, cabinet spokeswoman for communities, says that climbing the sculpture will not be tolerated.

She said: “The behaviour filmed is extremely dangerous and in the event of a fall could lead to serious injury.

“The climbing of the structure is in breach of the local by-law. Any information regarding the identity of this individual can be forwarded to safer@barnsley.gov.uk and legal action will follow.”

It is not the first time someone has climbed the structure.

Shortly after its installation almost three years ago, several people were caught trying to climb the artwork.

CCTV was put up and by-laws had to be brought in by the council to deter people from trying to climb it, threatening those who did so with a £500 fine.