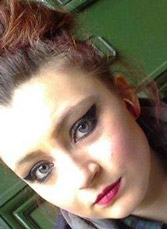 Have you seen missing Jade?

Jade has now been found.

POLICE are searching for a missing schoolgirl from Barnsley.

Jade Anderson, who is 16, left her home in the Wombwell area at around 9am yesterday (Wednesday 25 May) to go to school but she did not attend.

It is believed that she was in the Hexthorpe Road area of Doncaster at around 4pm yesterday but Jade has not been seen or heard from since.

Jade is described as white, of slim build with long brown hair and blue eyes.

She was last seen wearing a dark jacket, white shirt and skinny trousers.

Officers, along with Jade’s family, are becoming increasingly concerned for her welfare and urge anyone who has seen Jade or knows where she is to get in touch.