Advice for autumn and winter? It’s a breath of fresh air! 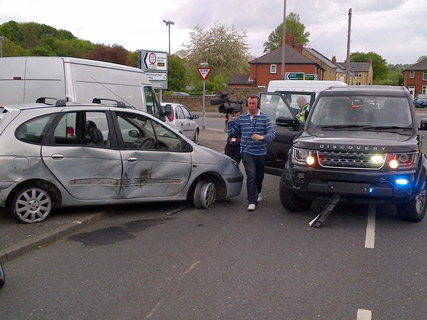 A DRUNK driver was arrested in Barnsley yesterday after colliding with a number of vehicles - whilst being filmed for BBC show Crimewatch.

The vehicle was reported to police by several members of the public late yesterday afternoon (May 20) for driving erratically between Rawmarsh and Worsbrough.

The male driver collided with several cars on his journey, both parked and moving.

After failing to stop for police as he entered Worsbrough, the pursuing officers deliberately collided with him.

The driver was arrested for dangerous driving, failing to stop, drink driving and criminal damage.

He was also filmed for the BBC's Crimewatch Road Show on drug drivers.