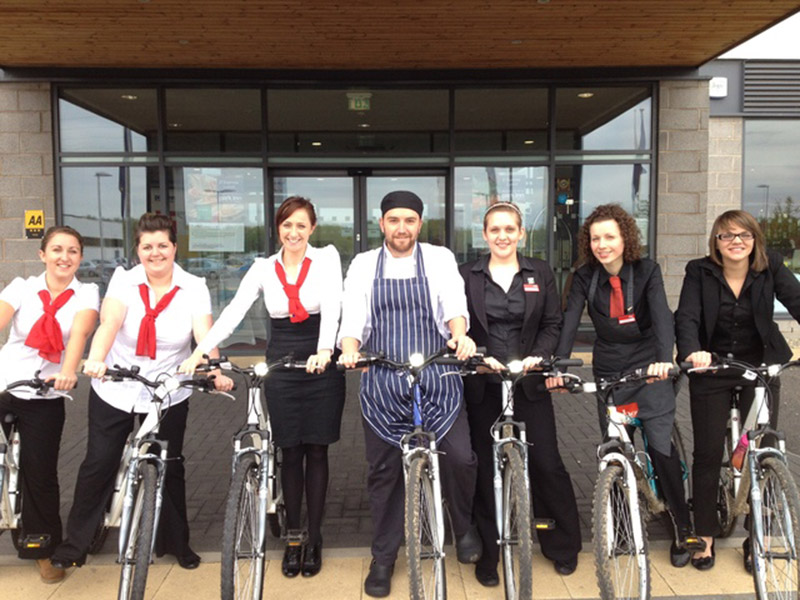 STAFF from a local hotel are celebrating after they took park in charity bike ride that raised over £1,000 for a local charity.

Starr from the Park Inn, at Manvers, took part in a 15-day relay that spanned from Aberdeen to Southend-on-Sea. The staff rode the baton to Nottingham, cycling over 120 miles in 16 hours.

Manager Kirsti Wilkinson said: “We are so proud to have been a part of this event. The team only trained for a short time before the cycle relay and although it was very tough, the team member’s sheer determination and focus got them through the challenge and we have now raised over £1,000 for our chosen charity – Cash for Kids.

“We have been touched by the number of people that offered support and were willing to get behind us for the cause."