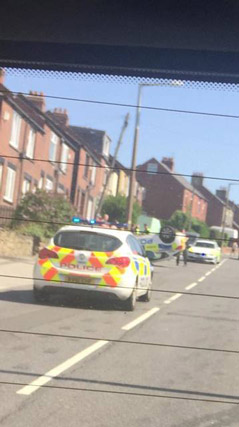 Police car flips onto its roof

BARNSLEY LOCALS were greeted with a strange sight this morning - a police car on its roof.

The car was involved in a crash on Carlton Road and ended up flipping over onto its roof coming to a halt on the pavement.

A long stretch of Carlton Road was shut off in both directions as police attended the incident.

A South Yorkshire Police spokesman said: “At about 11.20am, it is reported that the car travelled a short distance down Carlton Road before colliding with a telegraph pole and overturning.

“No one was in the car, a Vauxhall Astra, and no one was injured as a result of the incident.

“An investigation is now underway to determine the circumstances surrounding the incident."