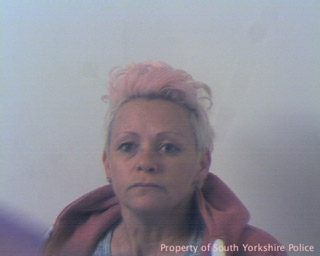 A FORMER prison officer from Barnsley has been sentenced to 10 months in prison for having a sexual relationship with a prisoner.

Dawn Sheard, 46, of Barnsley, was sentenced at Sheffield Crown Court on Wednesday 4 May for misconduct in a public office after she began a relationship with an inmate.

The court heard that Sheard, who was employed by HMP Doncaster from December 2014 to August 2015, began sending letters and cards to the prisoner in June 2015.

PC Kay Knox, from the prison investigation team, and the investigating officer, said: “Sheard used a different name to prevent being found out, but during a routine check of outgoing prisoner phone calls, it was discovered that the two had been talking in code.

“An investigation was then launched and found that the prisoner involved had made over 580 calls to Sheard in just two months.

“Sheard had been using a new sim card and phone that had not been disclosed to the prison. The investigation also discovered that Sheard had engaged in sexual activity with the prisoner while on duty, thus compromising the safety of her colleagues.

“South Yorkshire Police worked closely with the prison as part of this investigation and I would like to thank them for their support in helping achieve this positive outcome.

“We are committed to working together to tackle and reduce crime committed in South Yorkshire prisons.”

Assistant Director of HMP Doncaster, Dave Hugill, said: “This is a good result and shows that any incidents of staff being involved in corruption or misconduct will be dealt with robustly and they will be brought to justice.”