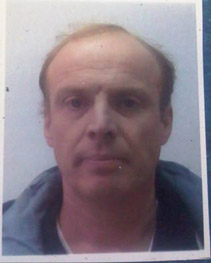 Have you seen missing Steven?

POLICE are searching for a missing disabled man from Barnsley.

Officers are asking for the public's help to find Steven Jackson, who has now been missing for over 24 hours.

49-year-old Steven was reported missing yesterday (Wednesday 4 May), when he left his home address in Jubilee Gardens in the Royston area at about 8.30am.

Police believe he may have been seen at about 4.15pm yesterday afternoon in North Lane, Cawthorne.

Steven uses a wheelchair and can only walk short distances. He is described as medium build with short, fair hair. He is known to frequent Penistone and the surrounding areas.

Police are becoming increasingly concerned for his wellbeing as it is out of character for him to go missing and he is vulnerable.