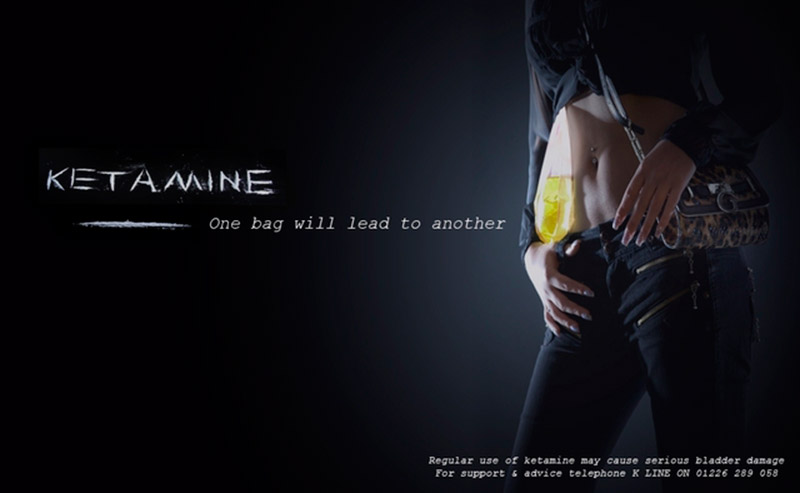 A CAMPAIGN is running to outline the dangers of using Ketamine as health experts say they have noticed Barnsley's young people don't understand the side-effects.

The ‘one bag leads to another’ campaign aims to raise awareness of the risks and dangers of using Ketamine - a drug which can cause serious bladder damage.

A spokesman said: "Many people who use ketamine are unaware of the potential for serious bladder damage to be caused as a result of long term use. Urologists at Barnsley Hospital have treated a number of young people over the last year whose bladders have been damaged as a result of their use. Problems caused by Ketamine use are not just physical, mental health teams around the borough have seen people whose use has had a serious impact on their mental health."

Already, a team of substance misuse officers and mental health teams have patrolled the town centre, giving out information on the dangers.

James Pierce, Addaction Harm Reduction team, said: “The campaign aims to increase awareness of health implications of using Ketamine and the dangers and risk of legal versions of the drug available on the internet. Just because a drug is legal doesn’t mean that it is safe.

“We know that many people use ketamine but that they may be unaware of the consequences of long term use. A normal bladder can hold 500 ml of urine; a ketamine damaged one may hold only 30. We want to make sure that if people use then they are aware of the risks and if they need help to stop then they know that there are services available that can support them.”

Ketamine is a dissociative anaesthetic, used in veterinary medicine but also as a paediatric and geriatric anaesthetic. It is a Class C drug but the government has recently announced that it will hold a full review of the legal classification of it.