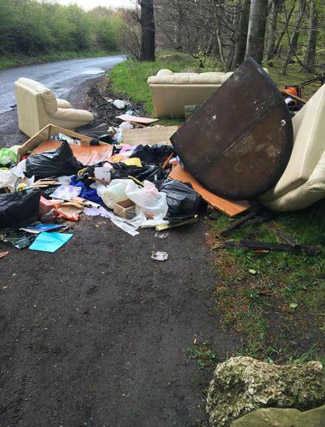 ANGRY residents have once again hit out at fly-tipping - this time in Wombwell woods.

Symone Cowell said she noticed the mess while walking her dog this afternoon (April 27).

"It seems to be getting worse. I found a letter with the rubbish with a name but you don't know if the person has paid someone to dump the rubbish and they haven't done their jobs properly.

"I think dumpit sites should change their rules about having to book an appointment if you're in a van. I don't think we would have this problem then."

Council bosses discussed fly-tipping at a meeting last month, and considered recommendations made in a draft fly-tipping action plan put together to combat the issue.

The plan followed the news that incidents of fly-tipping in Barnsley have soared by 41 per cent – with the clean-up costing £250,000 last year.

Do you think CCTV would help WABers? What can be done to put people off?