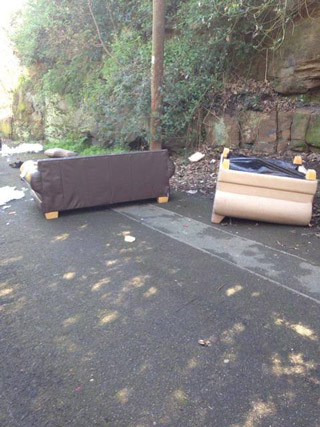 Darfield residents hit out at fly-tipping

ANGRY residents have hit out at fly-tipping in Darfield.

Pinfold Lane has fallen victim to fly-tipping over the last week, causing concern for locals.

One resident said: "It's the second time in a week I've seen fly tipping here.

"I walk my dog every day and it's awful for the children at the nearby primary school to see."

Council bosses discussed fly-tipping at a meeting last month, and considered recommendations made in a draft fly-tipping action plan put together to combat the issue.

The plan places a strong emphasis on communication and a ‘behaviour change campaign’, rather than relying on enforcement action.

The plan followed the news that incidents of fly-tipping in Barnsley have soared by 41 per cent – with the clean-up costing £250,000 last year.