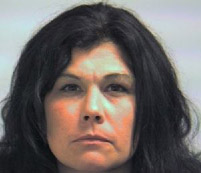 Lindsey has now been found.

POLICE are concerned for a missing Barnsley woman who hasn't been seen or heard from for almost three days.

She was reported missing yesterday (Wednesday, 13 April) and despite officers conducting a number of enquiries, there is still no indication as to where she may be.

Lindsey was last seen wearing jeans with a pyjama top. She was also carrying a brown handbag and has distinctive tattoos on her hands.

Anyone who believes they may have seen Lindsey or knows where she may be, should contact police on 101 quoting incident number 235 of 13 April 2016.