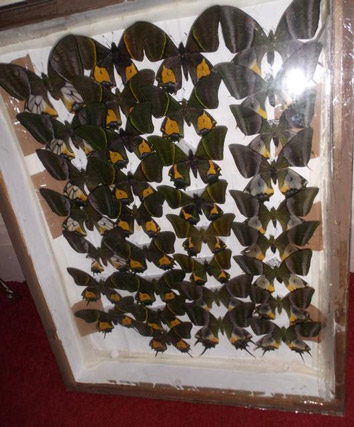 POLICE have seized around 100 rare butterflies from a man caught selling them illegally on the internet.

Officers found a collection of upto 4000 butterflies at a house on Cross Street, Barugh Green.

Although most of the collection held was legal, around 100 of the insects are thought to be endangered species which were illegally imported from China, Vietnam and Costa Rica.

A 51-year-old man was interviewed and later cautioned for the prohibited sale of protected species.