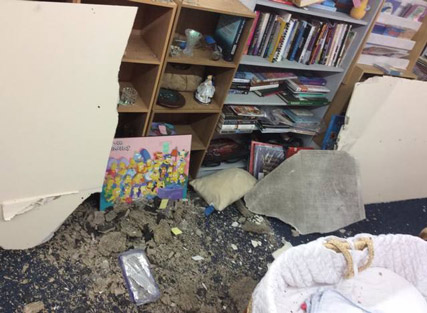 HEARTLESS THIEVES have targeted a charity shop setup in the memory of a little girl who died of cancer.

Meayla and Darron Woodward opened Briony's Gift charity shop in Wombwell as a continuation of the charity which they set up in their daughter's name.

Briony died in 2007, aged three, after a two-year battle with neuroblastoma. The nine year anniversary of her death falls this week.

It is believed that the shop was burgled sometime on Saturday night/in the early hours of Sunday morning. Other shops in the area were also targeted.

They also caused damage to the shop's roof and ransacked the storeroom.

Police are investigating the break in.

A Just Giving page has been setup following the break in. https://www.justgiving.com/Gemma-Ellis8?utm_source=Facebook