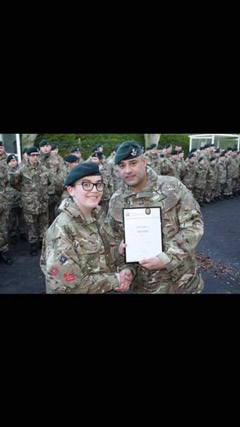 A BARNSLEY SCHOOLGIRL who suffers from epilepsy is taking part in a seven mile sponsored walk to raise money for charity.

Sixteen-year-old Katie Lofthouse, from New Lodge, was diagnosed with the condition when she was nine years old, and it took a turn for the worse in her teens.

An epileptic fit in 2013 prompted a brain scan, and surgery in 2014 followed to repair what doctors described as a malformation of the brain.

While Katie - who is studying for her GCSEs and wants to be a teacher -  awaits an MRI scan to see if the operation was successful, she has decided to take part in a walk around Malham in the Yorkshire Dales this weekend to raise money for the Epilepsy Society.

Katie said: "As I am doing my GCSE exams I have had to put the MRI on hold until I have studied and done my exams.

"My MRI is going to be booked in for June this year so finger crossed it will have worked and I will be epilepsy free."