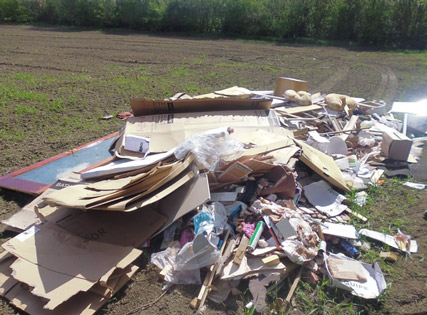 A BARNSLEY man who charged an unsuspecting resident £100 to dispose of their rubbish - and then illegally dumped it - is facing a bill of over £700 after facing the courts.

Mark Nicholls, 28, of Mallory Way, Cudworth, was found guilty of fly-tipping. The waste he had billed someone to dispose of correctly - which included furniture, internal doors and carpets - was thrown into a field on Southgate Lane in Shafton.

Coun Jenny Platts said: “Mark Nicholls was paid to dispose of this waste and his actions show his disregard for our borough.

"We have approached the Environment Agency to ask that his waste carriers licence be revoked.

“If residents need to dispose of their waste we would suggest they use a reputable company and make checks into their services. They can also use the waste and recycling sites around the borough or use our bulky items collection service.“