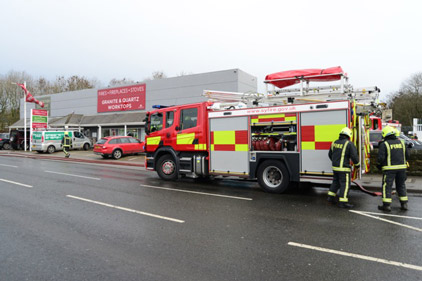 FIRE crews are investigating a blaze in Worsbrough.

Two crews from Barnsley, one from Cudworth and another from the Dearne were called to fight the fire at the Kitchen Centre in Park Road, Worsbrough Bridge, at 12.05pm on Thursday.

The fire was seated in a storage area at the rear of the building.

Two pumps to fill the building with foam and four fire-fighters wearing breathing apparatus climbed into the roof space to ensure the insulation was not alight.

The building and contents were badly damaged but all staff were safely evacuated.