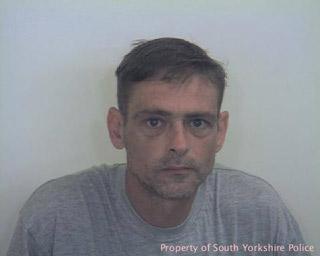 A GUILTY verdict has been recorded in the murder trial of a Wombwell pensioner who was stabbed 69 times.

Ian Birley, 43, and Helen Nichols, 38, both of Mont Walk, Wombwell were convicted of murder and robbery following a two-week trial at Sheffield Crown Court today.

John Gogarty, 65, was found with multiple stab wounds inside his home on Marsh Street in the Summer. During the investigation, it was a receipt for a £500 cash withdrawal found next to Mr Gogarty’s body that led officers to Nichols and her boyfriend Birley.

Detective Chief Inspector Stephen Handley, said: “This was a horrific and unprovoked attack and I am pleased the jury has found Birley and Nichols guilty of murder.

“Mr Gogarty was a hard-working, security conscious man who kept himself to himself. He was mild-mannered and never displayed violence to anyone.“

Birley and Nichols went round to Marsh Street on Monday 13 July to rob Mr Gogarty but because he did not have cash at his home, Birley inflicted a level of violence on an innocent man that can only be described as atrocious.

“Evidence suggested that Mr Gogarty was threatened for his money. He endured significant pain at the hands of Birley and Nichols and I hope that their sentence reflects the severity of this inhumane act.”

Birley and Nichols will be sentenced at 2pm on Monday 7 December at Sheffield Crown Court.