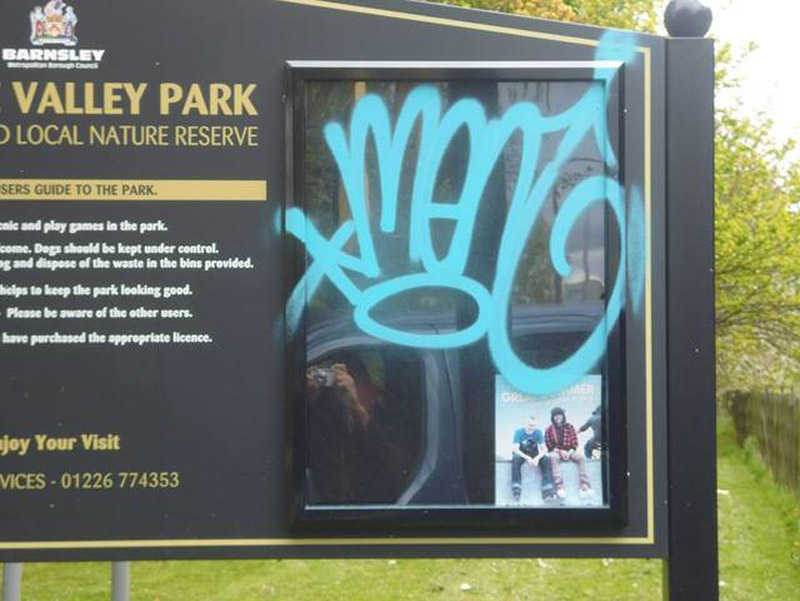 A VANDAL who repeatedly daubed graffiti across bus shelters, notice boards and road signs has been caught - after he posted pictures on Instagram.

Callum Jordan, 20 of West Green Avenue, appeared in court after causing thousands of pounds worth of damage by daubing the tag ‘Ment’ across sites in Cudworth and Lundwood.

The council offered a £200 reward but he was identified after he posted a picture on social media site Instagram which showed an area of Barnsley recognisable to council officers.

A spokesman said: "Work between the council, South Yorkshire Police and Barnsley’s Community Tasking Team led them to a property which was later searched and a significant amount of graffiti items were found inside."

Mr Jordan plead guilty has been ordered to pay £1,000, serve a 12 week curfew and undertake 150 hours of unpaid work.