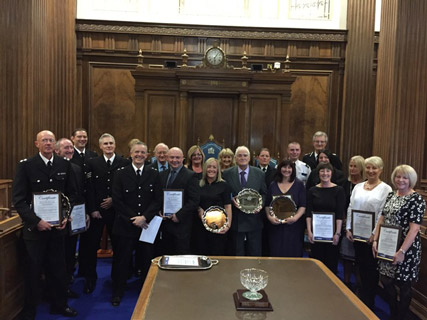 Bravery award for off duty policeman

AN off-duty police officer who chased down a would-be thief who threatened him with a screwdriver has been given a bravery award.

PC Steve Howe - who has completed almost 31-years service with South Yorkshire Police - chased a man who he believed had broken into a nearby car and stolen a handbag.

He dialled 999 as the chase went on and the man, chased down an alley, turned and threatened him with a screwdriver.

PC Howe was not injured in the incident and after the man dropped the bag he continued to pursue him, eventually making an arrest.

The annual district policing awards saw other officers commended for their work. The event was held at the town hall.