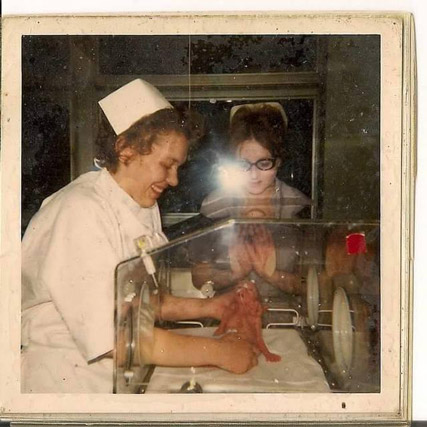 Search on for Barnsley nurse who 'saved' premature baby

A BARNSLEY woman who was so premature she was confirmed dead at birth is searching for the nurse who helped her survive.

She said: "I was confirmed dead...but I was a little fighter.

"I'm so lucky to be here and sharing this picture 43 years later.

"The nurse holding me is called Theresa and she is my Godmother - but I would love to trace the other nurse to say thankyou."

Gillian launched her campaign on World Prematurity Day on Tuesday.