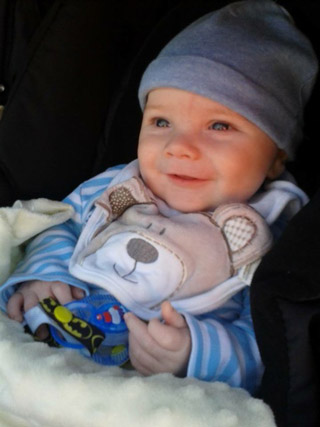 Family thanks Barnsley for lullaby support

A BARNSLEY family who lost a baby to sudden infant death syndrome at just three months old has thanked the town.

Jayden Paul Thomas died in April and his family organised a "Barnsley Bake Off" to raise money for the Lullaby Trust in his honour.

Auntie Daniella Whittaker said: "I would love to share this success to thank everyone that donated and get involved, and helped to raise some funds for an amazing charity."