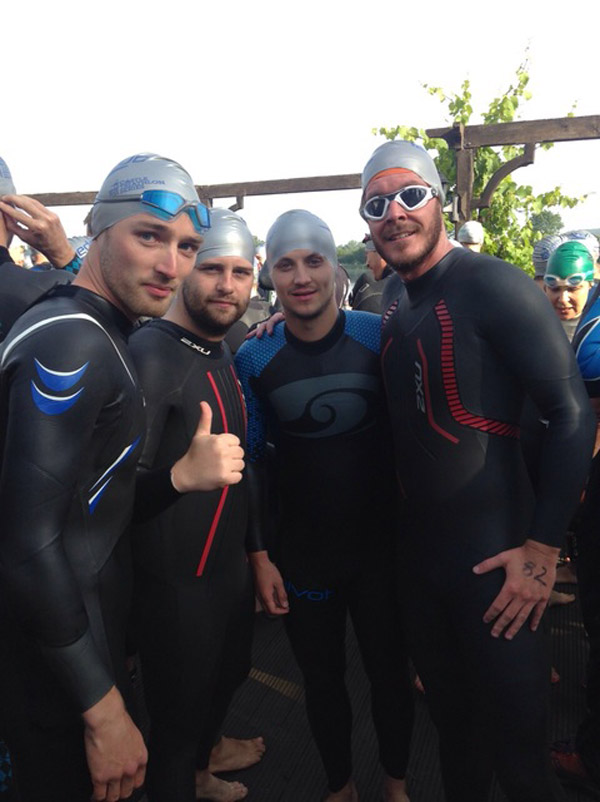 FOUR Barnsley lads took on a gruelling challenge after months of fundraising for the Tiny Hearts Appeal.

Scott Copeland, Matthew Hanwell, Mark Cassell and Ben Hall have been taking part in several fundraising events over the past few months.

The big finale saw the team complete the Castle Howard Gauntlet triathlon which is a 1.9km lake swim, a 90km bike and a 21km off-road run.

Although the team still have donations arriving, they have so far raised a staggering £1,554 for the appeal.

Scott said: “Mark is a charge nurse at Barnsley Hospital and he told us about the appeal. We wanted to raise funds for a local cause where people can see where and how the money is being spent and the impact on people in our town.

“It was a huge challenge, with very long distances that are difficult to complete in training because of the time it would take.”

All four completed the race in admirable times, with Mark even coming in 39th place out of around 200 participants.