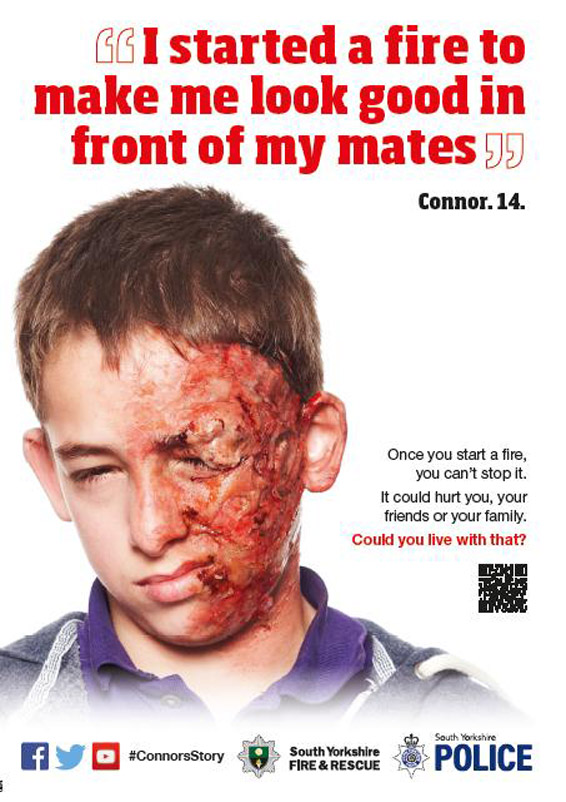 A GRAPHIC hard-hitting campaign has been launched across South Yorkshire targeting young arsonists who are putting people's lives at risk - including their own.

The campaign tells the fictional story of Connor, 14, who alongside his friends, sets fire to the contents of a wheelie bin which explodes in his face leaving him with severe facial burns.

The joint initiative with South Yorkshire Fire and Rescue Service will run until the end of the year with a focus on reducing the amount of arson incidents involving young people.

Last year, South Yorkshire Police dealt with 681 incidents of arson. A huge 80 per cent of offenders were male aged between 11 and 16.

Superintendent Colin McFarlane, lead officer on anti-social behaviour, said: “I make no apology for the graphic nature of the image we are using to promote the campaign as setting fire to someone’s bin may be seen by some as not much more than a prank but this type of anti-social behaviour can have fatal and life altering consequences.

“I would hate to think that this type of thing could happen to anyone’s child and I would urge parents to continue to speak to their children about the absolute dangers of playing with fire.”