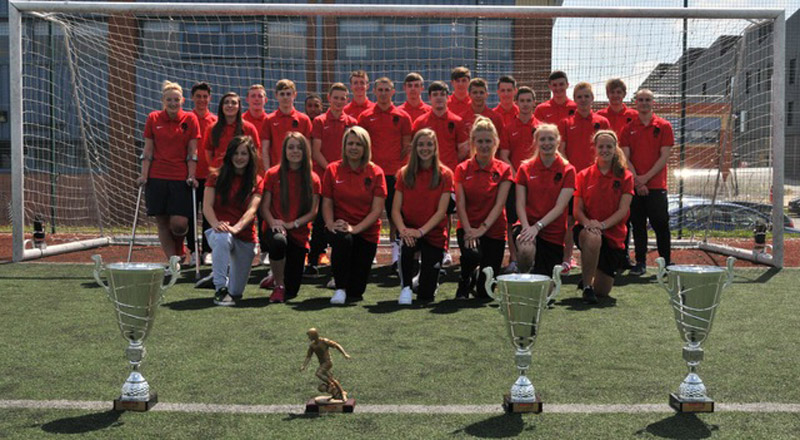 BARNSLEY College is celebrating after double success at an international football competition.

Teams from the college won both the under-19 male and the female open age categories at the Komm Mit International Whitsuntide Tournament in Barcelona.

The college’s male teams beat teams from across Europe to meet each other in an all-Barnsley final.

Jack Ripley’s five goals ensured he was the top goalscorer in the male under-19 section of the tournament.

The female team retained their grip on the trophy after defeating SV Nollingen of Germany in a penalty shoot-out, with Leah White scoring the winning goal.